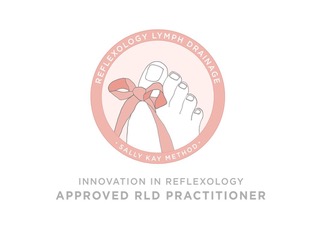 A reflexology technique developed by Sally Kay in the UK to impact the Lymphatic System of the human body. It is particular good in case of Lymphoedema.

Lymphoedema is a harmful and persistent side effect of breast cancer treatment, such as mastectomy, affecting approximately 20% of breast cancer survivors. This condition is painful and debilitating, making simple tasks such as driving and gardening more difficult. Typical treatments involve compression sleeves and manual lymphatic drainage massage (MLD) – both of which, although moderately reducing arm swelling, can cause discomfort. Women who wear the sleeve frequently report a negative psychological effect on their wellbeing. During a trial conducted by Sally Kay and her team, it appeared that RLD given to a group of women was able to reduce arm swelling caused by the surgery.

There was a reduction in the volume of fluid of the affected arm – across the group the average percentage difference was 36%. Initial indications suggest that this reduction may be sustained for up to six months. In addition, the researchers recorded a significant increase in patient wellbeing, with comments highlighting less pain, more movement and a boost in body image.
Lymphatic drainage massage (MLD) is used to treat conditions other than lymphoedema, and RLD may be used similarly when the Lymphatic System needs to be stimulated and balanced. It may be useful with the following conditions: Arthritis, Asthma, Eczema, Chronic fatigue, Fibromyalgia, ME, Sinus problems, Migraines, Headaches, Muscular tension, Aches and pains, Premenstrual Syndrome and more.

Other Applications of RLD

RLD can help in case of fibromyalgia, chronic fatigue, ME, migraines and headaches, PMS and hay fever, eczema and any of the many autoimmune diseases.