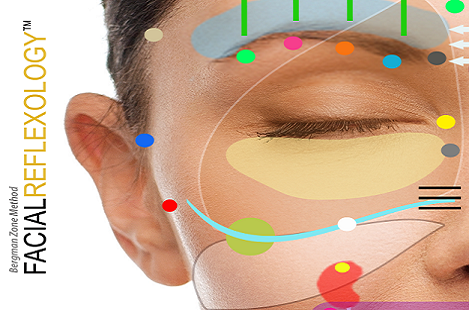 The History Of Reflexology

Reflexology is based on an ancient form of therapy. There is evidence of some form of foot and hand therapy being practiced in China as long ago as 4,000 B.C. and also at the same time in Egypt, as depicted in the tomb of Ankmahor. The North American tribes of Indians are known to have practiced a form of foot therapy for hundreds of years.

There is some confusion about the true origin of this powerful therapy, sufficient to say that it has stood the test of time and has helped thousands of people to better health.

The dictionary definition of a “Reflex” is “an involuntary or instinctive movement in response to a stimulus” or in the sense of reflection or mirror image.

The reflexes on our feet and hands act as mirror images of the body.

Zone Therapy was used as far back as AD1500. The American president, James Abram Garfield was said to apply pressure to his feet to relieve pain.

During the 16th Century a number of books were published on Zone Therapy, one was written by Dr Adamus and Dr A’tatis and another by Dr Ball in Leipzig.

The re-discovery of some form of systemised foot treatment is accredited to Dr William Fitzgerald who called it Zone Therapy and drew it to the attention of the medical world between 1915 and 1917. It was in 1915 that an article entitled “To stop that toothache, squeeze your toe” was published in “Everybody’s Magazine”, written by Edwin Bowers, which first brought Dr Fitzgerald’s work on Zone Therapy before the public.

Dr William Fitzgerald (1872 – 1942) received his medical degree from the University of Vermont in 1895. He practised at Boston City Hospital for two and a half years before going to London. He spent two years at the Central London Nose and Throat hospital before taking up a position in Vienna as Assistant to Professors Politzer and Chiari, who were highly respected doctors.

Dr Ada Politzer (1835 – 1920) of the University of Vienna, was a well-known author of many medical books and made clinical contributions to the diagnosis and treatment of diseases of the ear. Dr Otto Chiari, again an established authority, wrote several books on diseases and surgery of the larynx and trachea.

Dr Fitzgerald never published the original sources for his own therapy, but it is likely that he was influenced during this time in Vienna, by the work of Dr d’Arsonval. In “Zone Therapy is Scientific” by Dr W D Chesney, it is stated that in Germany, Dr d’Arsonval was using physiotherapy and getting relief following the use of reflex knowledge which, in effect, was what was later termed Zone Therapy by Drs Fitzgerald and Bowers.

When Dr Fitzgerald returned to the United States, he became head of the Nose and Throat Department at St Francis Hospital, Hartford, Connecticut. Around 1909, Dr Fitzgerald discovered, or re-discovered Zone Therapy. Almost ten years later, he wrote his book, about how he had stumbled upon the concept of Zone Therapy:

“Six years ago I accidentally discovered that pressure with a cotton tipped probe on the muco-cutinous margin (where the skin joins the mucous membrane) of the nose gave an anesthetic result as though a cocaine solution had been applied. I further found that there were many spots in the nose, mouth, throat and on both surfaces of the tongue, which, when pressed firmly, deadened definite areas of sensation. Also, that pressure exerted over any bony eminence of the hands, feet or over the joints, produces the same characteristic results in pain relief. I found also that when pain was relieved, the condition that produced the pain was most generally relieved. This led to my ‘mapping out’ these various areas and their associated connections and also to noting the conditions influenced through them. This science I have named “Zone Therapy”.

It is worth noting that the Chinese had, in acupuncture, divided the body into longitudinal meridians by approximately 2,500 B.C.

From 1915 and into the early 1930’s, the subject of zone therapy was controversial, although it met with a certain amount of success with osteopaths and dentists. 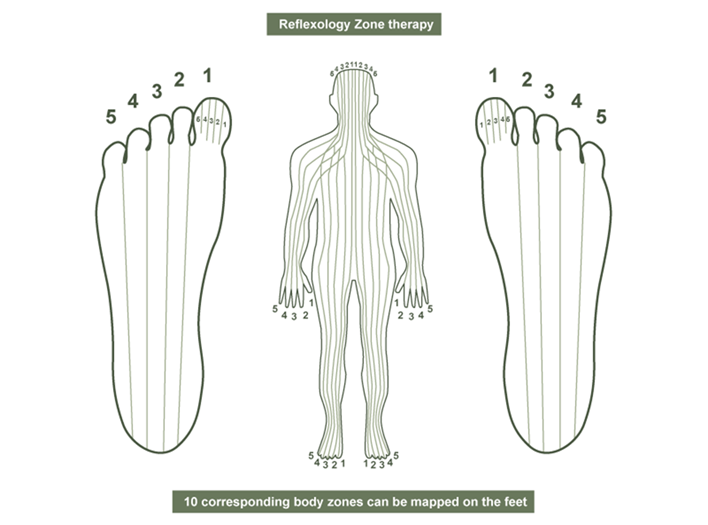 One physician who did believe in Fitzgerald’s work was Dr Joe Shelby Riley of Washington. He and his wife, Elizabeth, credit Dr Fitzgerald as one who, in modern times, brought this science (ie. Zone therapy) to the notice of the public.

The physiotherapist working with Dr Riley at St Petersburg, was Eunice Ingham (1889 – 1974). Eunice Ingham extended the work of Dr Fitzgerald and painstakingly mapped the feet with all the corresponding organs and glands of the body. She was a real pioneer who was determined to help people to help themselves, if their doctor was not using reflexology. In the early years, she worked with doctors to prove her findings and to demonstrate to them that reflexology was a useful diagnostic tool.

She lectured at a medical clinic headed by Dr Charles Epstein in May 1939. In his report, he acknowledged that reflexology worked. However, while they knew it worked, doctors were not interested in using it, because reflexology was too time consuming and they could not make as much money.

Eunice Ingham is still known as the pioneer of modern reflexology and she authored two well-known books “Stories the Feet Can Tell” and “Stories the Feet Have Told”. They have since been combined into one volume. In addition to her writing and lecturing, she, along with her nephew, Dwight Byers, founded the International Institute so that her work could be continued in perpetuity.

Dwight Byers is the current President of the Institute. He worked for many years with his Aunt and is equally keen that her work and that developed by the Institute more recently, should be passed on for the benefit of many people.

Throughout her forty years of experience treating many thousands of people, Eunice Ingham devised a system of techniques which enable the practitioner to contact the reflexes in the most effective and economic way. This system is known as the “Original Ingham Method” and though this method has been refined still further through research by Dwight Byers and staff at the Institute, her legacy is still thoroughly entwined in the practical techniques that we teach.

The years of World War II interrupted Eunice Ingham’s travelling for a time, but in 1947 she was joined on her lecture tour by her nephew. Each of Eunice Ingham’s seminars was unique. Her method of instruction was to demonstrate and lecture as she worked on the health problems of those who attended. Over the years, Dwight Byers has contributed to his aunt’s work by organising the seminars into training workshops. These have been further developed to produce the Diploma course that we teach in the UK.

Eunice Ingham died in 1974, having devoted forty years of her life to reflexology. Today, her legacy continues and she would be proud to see how reflexology has been developed into a profession. So those of us associated with the International Institute of Reflexology are indeed fortunate that we have the opportunity to get so close to the originator of the techniques.

It is easy to be confused about the many different schools and methods of reflexology. It is worth remembering that the International Institute of Reflexology is the only organisation legally entitled to teach the Original Ingham Method®. It forms the foundation of the entire therapy.

Reflexology can benefit people of all ages and, depending on the length of time a condition has been present, can improve or eliminate many ailments during a course of four to six weekly treatments.